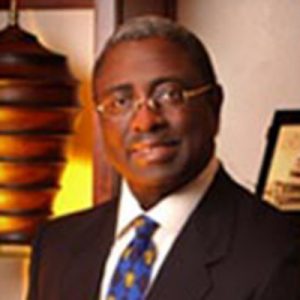 Dr. Robert Baker is a 1979 graduate of Florida A&M University, where he majored in biology. He then attended the University of Florida School of Medicine, completing his doctorate in 1982. Dr. Baker then completed his sub-specialty training in Gastroenterology at Tulane University School of Medicine in New Orleans, La. During a Fellowship at Tulane, he was recommended and accepted into the prestigious Musser-Burch Honor Society.

At the completion of his Fellowship in 1988, Dr. Baker moved to Orlando, Fla., and immediately opened a successful practice in gastroenterology. In 1990, he was asked to join the largest gastroenterology group in Central Florida. For a period of six years, Dr. Baker served the practice as Managing Partner, moving the practice forward into new endeavors and making significant fiscal strides. He is co-owner of Citrus Ambulatory Surgery Center and Central Florida Surgical Center, where he served on the governing board.

Dr. Baker is a guest speaker with The Chronic Liver Disease Foundation. He has been a guest on several radio and television programs with focus targeting minority health concerns, digestive diseases and liver abnormalities. He has been recognized for excellence in practice and has published scientific articles.

Dr. Baker is currently active in the community in various roles. He actively donates and gives of his time to many charities and organizations, specifically those targeting environmental conservation, health disparities and minority youth programs.